how does all this go together, you ask? While lettering this piece, taking breaks turned into a whole task on its own. It has been impossible not to hear, read about, or see anything that has to do with politics in Austria lately. After the last elections and the country’s swing to the far-right, it seems like nothing is normal anymore—at least for a small business owner like me who works in a creative field and teaches German to speakers of other languages.

values
Lately, politics have really sucked. In these trying times of far-right fear-mongers, outspoken racists, and silent resisters, it’s more important than ever to know your values and what you stand for.
And like our ‘voice of reason’ president said when swearing in the new far-right government yesterday (oh what a proud moment for Austria), the way we treat the weakest among us is what reveals our true values and what they’re worth.
Animals we choose to eat belong to those that are weaker than we are, as does Mother Nature (granted: only in certain aspects. In others, she’s far stronger than we have yet to accept).

give a damn
So if you feel—like I’ve been feeling—that there’s not much you can do to stop the madness, don’t. Every little thing you do in this world counts: bring your own bags to the supermarket instead of buying plastic ones. Walk short distances instead of taking your car. Smile to a stranger instead of walking sternly past them. Listen to your parents when they talk on the phone instead of saying ‘Mmhmm’. Go to that demonstration if what is being demonstrated for (or against) is important to you instead of staying home and complaining. Support small businesses. Fight for net neutrality. Stand up for those who can’t stand up for themselves. Care about where the food you buy and eat comes from. Give a damn. Even if it feels like nobody else does. 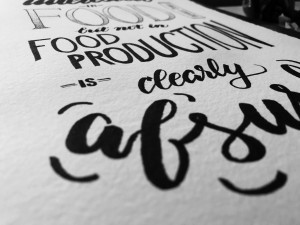 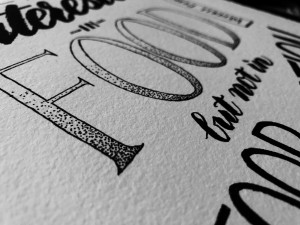